Not too long ago a Disney film presented a horrifying version of the future. Humans were floating around in space, completely unable to walk and totally dependent on technology. It presented tech as the reason why health problems like obesity are soaring in the western world. However, recently there has been counter-evidence to suggest that technology could be the fix rather than the cause. It seems crazy, but tech just might get more people out of the house and exercising again. It’s already starting to happen!

Get Off Your Segways And Walk! 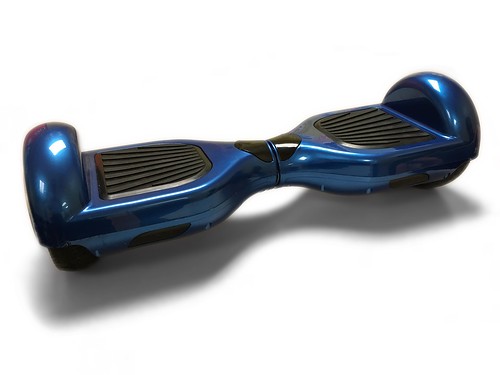 Well actually, anyone who has ever ridden a segways will tell you it isn’t quite as simple as most people believe. You are certainly not rolling around from one area to the other with no effort. You need to bend your knees, tilting your body forward and backward. Yes, you can travel a great amount of distance on a Segway compared to running or walking. However, it’s not quite the same as sitting on an electric scooter. Your body is still doing some of the work and that’s an important thing to remember. Particularly, when we think about the new craze of hoverboarding.

Love it or hate it, using a hoverboard will still get you some exercise. First, this idea they are used by unhealthy people is preposterous. If you’re over a certain weight, you won’t even be able to stand on the board without breaking it. Most people on hoverboards are quite young, slim and fit. You have to be to ride them at all. It takes a great deal of balance and of course, this means using your muscles. Again, it’s not as lazy as most people believe. Here’s a nice site that explains how great this new tech is. But it’s certainly not the only tech that’s getting people out of the house.

Go And Catch A Pokemon 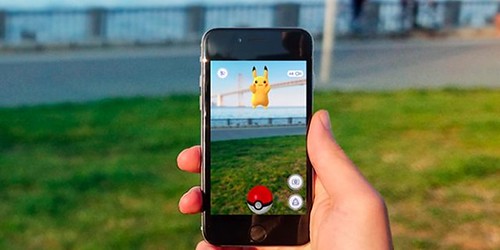 Yes, Pokemon Go has taken the world by storm. It’s Nintendo’s next conspiracy as they continue their efforts to get the world back in shape. They tried this before, remember the Wii? That brought around a brand new era of gaming that encouraged people to get off the sofa. It didn’t last long, and they took a stumble with the Wii U. Pokemon Go, on the other hand, seems to be working quite well. On the first day of release, everyone was staring at their phones. Most of the players were children and that’s important. Of late, child obesity has become a more serious problem. Even with new school dinners that are healthier and artificial flavors being taken out their favorite foods. Kids are getting fatter. We admit, Pokemon Go has taken things a little too far. However, it’s certainly getting people moving.

Truth be told, we’re not sure what the next piece of tech will be to get people exercising. We have a sneaky suspicion other game developers are working on their own forms of AR. However, it might be something completely different. If Google Glass ever does surface from development hell that certainly has the potential to make people more active. One thing is clear, though. We should stop seeing technology as the enemy to physical fitness. It may turn out to be it’s greatest ally.

Spread the loveAircraft and locomotive turbine engines are reliant upon batteries that must carry a great deal of starting voltage to power engines. Typically, aircraft engines require a 24-volt battery rather than the previously required 12-volt battery. This battery is lighter and requires lighter wiring, reducing the weight of the electrical system in the aircraft….

Spread the loveThe list of ways that technology has improved our everyday lives is almost endless. It’s made communicating with people on the other side of the world easier than ever, shopping can be done at the click of a button, and business has been completely revolutionized by it. But there’s one thing that is…

Spread the loveLCD television conquered the entertainment market soon as it was launched. It was very expensive then but competition and newer models especially LED Television made up for tight price fights. But what really is the difference between LCD and LED television? Which of these should you buy?     LCD or liquid crystal…

Spread the loveRecent browser developments have included “DNS” in their features. Ordinary netizens like us may not really understand what it is all about, but some claim that it speeds up web browsing. For some people interested in building or creating a website, understanding DNS and how it can change our browsing experience is very…

Spread the loveRecently the technological world has been up in arms over the new discovery of an incredibly damaging bug when found in the wrong hands, widely known by its nickname ‘Heartbleed’. The name derives from the origins of the bug, which was found in the OpenSSL’s implementation of the TLD/DTLS heartbeat extension. Officially the…

Spread the loveFor those who work in geology, engineering, construction or who often survey the ground for corrosion control, you need an advanced geophysical and resistivity instrument that really provides the best data. This will allow you to see exactly what you’re dealing with, and with the latest 3D modeling software, you don’t have to…